Home / Exhibitions / The origins of the world – Musée d’Orsay 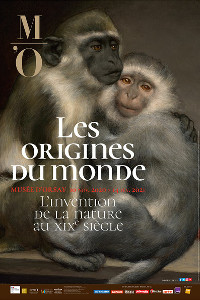 The Musée d’Orsay devotes an exhibition to the origins of the world and the invention of nature in Darwin’s century. At the crossroads of sciences and arts, at the same time contemporary and instructive, the exhibit is an immersion to the historic changes of the 19th, after Darwin’s evolution discovery, by focusing on the place of human on earth from the Renaissance to WWI. It is comparing scientific breakthroughs and collective imaginary world for each era through six centuries of history of arts. The exhibition is somehow looking like a alarm call as the ecological awareness is now at the hart of the society.