To everyone in France, Bastille Day today represents the solemn military parade up the Champs Elysées in the presence of the head of state.   It is also a holiday on which each commune holds a local dance and fireworks.

The people storm the Bastille

On May 5, 1789, the King convened the Estates General to hear their complaints, but the assembly of the Third Estate, representing the citizens of the town, soon broke away and formed the Constituent National Assembly.

On June 20, 1789, the deputies of the Third Estate took the oath of the Jeu de Paume « to not separate until the Constitution had been established. » The Deputies’ opposition was echoed by public opinion. The people of Paris rose up and decided to march on the Bastille, a state prison that symbolized the absolutism and arbitrariness of the Ancien Regime.

The Nation marches towards the Republic 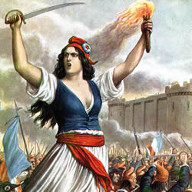 The storming of the Bastille, on July 14, 1789, immediately became a symbol of historical dimensions ; it was proof that power no longer resided in the King or in God, but in the people, in accordance with the theories developed by the Philosophes of the 18th century.

On July 16, the King recognized the tricolor cockade : the Revolution had succeeded.

On July 14, 1790, just a year after the storming of the Bastille, took place a significant event on the “Champ de Mars” where stands today the Eiffel Tower, at the time, outside of Paris. This event called “Fête de la Fédération”, gave an image of national unity after all the passed events.

It is in fact this event that our actual celebration refers to. Federate the people of France, but for all French citizens, the storming of the Bastille symbolizes, liberty, democracy and the struggle against all forms of oppression. 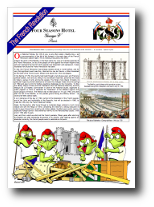 Much more about the history of the French Revolution in our Newsletter of the Revolution. We look forward to seeing you and celebrate together.