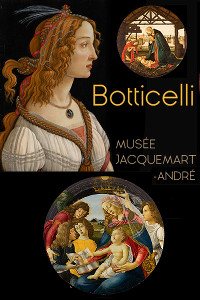 No need to introduce this major Italian artist whom will benefit from a retrospective at the Jacquemart André museum starting September ! Botticelli may be one of the most important artist of Arts History, and the main one of the Italian Renaissance, most prolific period for arts there. Focusing on Botticelli’s works made inside his studio in the second half of the 15th century, the exhibition is composed by 40 of his paintings, as well as some works of his Florentine contemporaries influenced by the maestro.

More than a « simple » retrospective of his career, the exhibition also explains the process of creation during the Renaissance, the influence of Botticelli on his peers but also on the entire world of arts.  Unmissable visits for all arts lovers !